In my mis-spent early twenties, a friend and I created a fantasy world map for our RPG sessions.

Yes, I played Dungeons and Dragons – and later a game we invented ourselves to get around the sillier D&D ideas. The world was designed around what we might call the ‘rule of funny’, with place names made up mostly of bad puns and motorcycle parts manufacturers. This meant we had waters such as the Greg Lake, next door to rolling hills such as the Sinfields. And there was the Hergest Ridge – though we didn’t have the Old Fields. We also riffed on Tolkien’s unfortunate habit of ending place names with ‘-dor’. You know… Backdor. Frontdor. Dianador. Groan.

That does raise a point for those of us engaged in (more serious) fantasy world-building. Place names gotta be credible. Tolkien, inevitably, set the gold standard – he started by creating languages, and it flowed from there. I figure there are three principles.

1. Be consistent.
Nothing spoils a (serious) fantasy map more than place names that don’t match up. You wouldn’t want R’rrug K’thach A’aaag next door to Kibblethwaite on the Marsh.  In reality, place names reflect the language they’re from – often with infusions that flow from earlier history. One group of invaders might co-opt an existing name into their language. Or it might be shortened over time. Londinium, for example, becoming London.

2. Name things twice.
That same phenomenon in (1) usually means new people give a landscape their own names. It happened in New Zealand where British settlers of the early nineteenth century persistently re-named places to suit themselves. That’s true of the world generally. Fantasy worlds need to reflect it too. Tolkien nailed it – he had three or four names for most of his places. So naming things twice or more helps add depth and credibility to any fantasy world. The process is inter-related with the history of the world you’re creating.

3. Many place-names are mundane.
Here in New Zealand we have many place names in Te Reo Maori, but if you translate them, the majority are descriptions of events, or a literal description of the place. Puketapu (‘Sacred Hill’) is common. All trumped by Taumata whakatangi hangakoauau o tamatea turi pukakapiki maunga horo nuku pokai whenua kitanatahu’ (‘The place where the great mountain-slider and land-swallower Tamatea, he of the very large knees, played his flute to his loved one’). It’s one of the longest place names in the world.

This is true elsewhere, too – if you check Europe, for instance, you’ll find a lot of ordinary names, in original language. ‘Brighthelmet’s Town’ (Brighton) and ‘New Town’ (Naples) among them. Here’s a website that lists ‘em.

Needless to say, Tolkien – once again – nailed it. I suppose the lesson, really, is ‘follow Tolkien’s lead, in your own way, and you won’t go far wrong’. 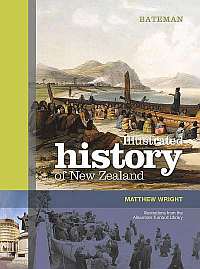 14 thoughts on “Three rules for naming your fantasy world”