Social media guru and author Kristen Lamb recently posted on the problem of e-books being ‘free’ – and the issues that follow from the new cultural ‘norm’ where authors are paid for other writing-associated work with ‘exposure’, not cash.

Kristen argues that the result will basically kill professional writing for authors, and she’s right. I’ve been in the business professionally over 30 years and I haven’t seen anything quite as radical as what’s happening now. And alas, the return on books for both publishers and authors is dwindling on top of it.

To my mind the problem is the fact that we are in the middle of a revolution. It’s not ‘print vs electronic’ (a total red herring that mis-states the issue) but a more fundamental and complex change of consumer habits, price expectations, production mechanisms and distribution process. Part of it is driven by technology, but it’s also social, a generational change of attitude.

In a way ‘free’ isn’t new. In New Zealand, payment for time when making a public speech or appearing in festivals was always expected to be free – or paid at peppercorn rates. I’ve lost track of how much time I’ve given away doing so – though I draw the line at covering my expenses so somebody else can benefit from my name on their headline bill. If they want me, they can pay for me to get there.

But these days the old staple – payment for print publication – is also disappearing. Just a few months ago a piece of mine appeared in New Zealand Books, discussing the ethics of book reviewing. When I asked about payment I discovered, post-fact, that they weren’t going to pay me after all – it was a ‘service’ they had offered after I’d pointed out the derogatory nature of allegations they’d been publishing, over many years, about me. I would show you the article, but it’s still behind their paywall.

Basically we’re going back to the days of about 200 years ago when writing was an elite hobby pursued by people who didn’t really need the income. When they wanted to publish, they’d take their manuscript to a publisher along with a wheelbarrow full of cash.

To me it’s a cultural outcome of the way web technology works, including the way in which it’s been co-opted to enable self-publishing on a world scale, coupled with the widespread expectation that services and content should be ‘free’. As, indeed, much of it is. Especially the flood of self-publishing services, led by Amazon.

The way they do it is a function of scale. On figures I’ve seen, Amazon has 4 million separate titles on Kindle. But, if I read a recent NYT article correctly, only about 40 self-pubbed authors have made any real money – they are, Amazon reportedly says, responsible for a million sales in the past five years.  That underscores the fact that the rest won’t be shifting much at all. And that’s OK if you’re Amazon. Instead of trying to profit from a few best-sellers, Amazon and others who follow its business model rely on the size of their lists – the number of different titles for sale. The genius part is that they don’t have to scrabble around finding the titles – by offering ‘free self-publishing’ services, their titles come to them.

Remember, if it’s free, you’re the product.  What’s more, the Amazon model (also followed by Apple) divides the world into ‘markets’, none of which pay authors outside the US until each ‘market’ has hit $100. So even if a book’s sold more than that worldwide, it probably hasn’t reached the threshold for payout in any given market. But many books don’t reach the $100 anyway – average lifetime sales for an ebook, I’ve heard, is less than 100 units. What it means is that Amazon – and others following the same model – hold vast sums in royalties. Technically, that’s a liability, but they may never have to pay it.

They are, in short, profiting from the dreams people have of being authors.

Couple all that with a wider attitude that content and time should be freely given (‘for publicity’) and it’s a recipe for radical change.

The other issue for professional authors is more than just falling income. It’s also – and crucially – the problem of being lost in the ‘noise’. Noise that is becoming louder with every passing day.

In the past, people wanting to publish had to find an agent, the agent had to find a publisher, and a LOT of people bounced off gates that had been slammed shut in their faces. 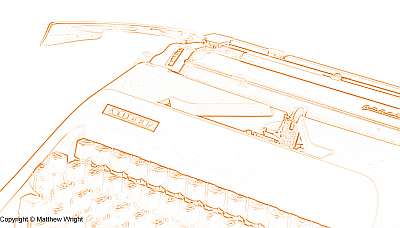 There were many reasons for that. One was that publishers had limited lists – only a certain number of books could be published in a given year. But another was that a large proportion of the material being thrown at them was, well, a bit rubbish. The system acted as a filter.

That’s gone. You can find the dross on Amazon, Smashwords, iTunes and the rest. You don’t even have to look hard. Furthermore, today, all authors, including those professionally published by the main houses (as I am) still rely – increasingly – on social media to gain a profile. And everybody on social media has exactly the same tools. It’s a great leveller. But, equally, there’s no way of being heard above the noise.

I don’t (yet) know what the answer is, but Kristen’s right – authors need to do something about it. Authors deserve to be paid, and paid properly for work that is – in truth – professional. And ways have to be found of differentiating the dross from the quality.

The other question is what is writers’ time actually worth?

Update: More about that here: https://mjwrightnz.wordpress.com/2016/02/13/what-should-writers-be-paid-and-what-is-their-time-worth/

31 thoughts on “So is ‘free’ killing writers’ incomes?”