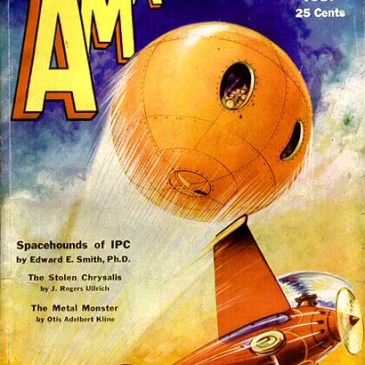 When I was growing up, a ‘ray gun’ was a weapon that zapped somebody and turned them into a petrol attendant named Ray. OK, that joke’s actually from The Tick. That aside, ‘rays’ were a staple of deco-era sci-fi, especially Edward Elmer ‘Doc’ Smith’s space operettas, where ‘rays’ – meaning an undefined something that either … END_OF_DOCUMENT_TOKEN_TO_BE_REPLACED